Renato Mite was born with the passion for writing on a day of May 1983. He was born in Trani, a beautiful Apulian town, where he grew up, he lives and writes.

Writing is not his day job, but he wants to make it his craft, therefore in the spare time that he grabs from daily life he writes and revises, does some other things and reads too.

The passion for writing appears very soon, already when he is seven years old he wants a typewriter, and at age of ten, he gets it. His parent give him a gift: a marvelous green typewriter Olivetti Lettera 32 with which he has written his first stories. Now he treasures both the typewriter and the eccentric stories as heirlooms.
In this way he cut his teeth on writing and after those stories, he wrote short stories that it is worth to read and you find in his website among other things.

He reads a lot because he likes reading and not only narrative, among his interests there are also philosophy, science and technology. He also got the passion for Informatics from his elder brother.

The idea for his first novel "Apoptosis" sprang from this mixture of passions and interests.

Renato Mite is determined to make of writing his craft. He writes since he was ten years old, starting off with a green typewriter Olivetti Lettera 32 and eccentric stories, in the following years he refines the art with short stories up to his first novel, "Apoptosis", a sci-fi thriller sprang from the passion for science, technology and informatics.

Write to press@renatomite.it for review copies, information for articles or interviews.

Write to rights@renatomite.it for information about foreign rights.

Write to mail@renatomite.it for other information. 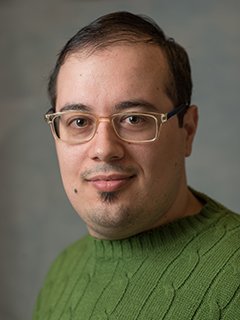 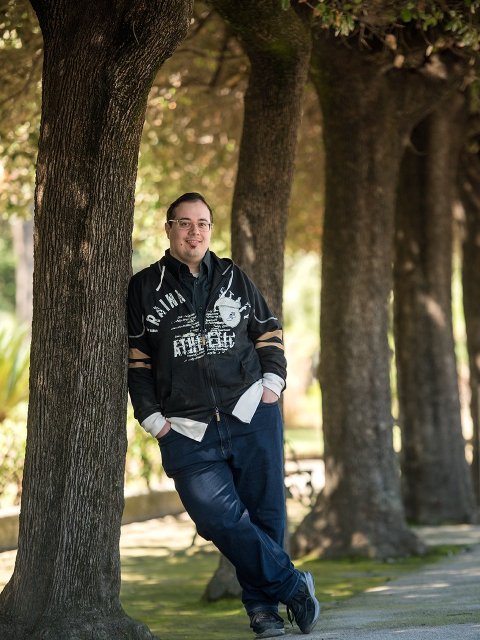 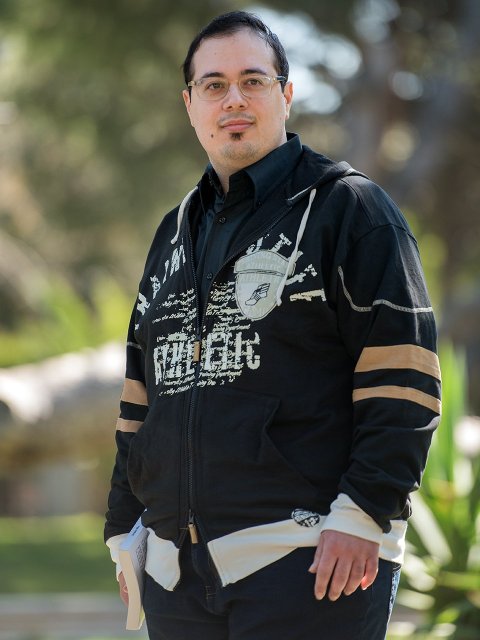 The series "Old Stories" gathers some of the stories written by Renato Mite at beginning of his career. They are short stories repaginated but not edited that show author's style at the outset and also some errors, left there just to remember that errors are inevitable and that an author's writing improves with the commitment and the practice.

The topics that characterize author's writing emerge from these short stories. First of all the search of truth; then the justice and the mockery of life in "La tana dei lupi", where a policeman chases a killer up to his den but does not survive; the distance between reason and feelings in the fantasy story "Fabilia", revealed by a witchcraft that turns the tide of reign of King Fabil on the eve of a war; physical and emotional fragility in the private life with "Il ritrattista" and "Incontro".

In the novel "Apoptosis", Renato Mite tells the story of Matthew Jaws, an hacker which risks even his life so as to discover the subterfuges of the network for public health. The company HOB Medicines created a device for personal diagnosis that monitors health status of people and collects their data. The research of Matthew goes so beyond obsessions and beliefs, finding a way through untold or falsified information, that he does not aim at the truth, which he defines as "well tested lie", but at facts of the reality. A reality that puts everybody in danger and can be changed only by who knows it.

Further details in the page and in the press kit of the novel.

After the first novel, Renato Mite writes new tales that highlight the transition to a more experienced style and indeed he tells a bond of old and new ("Aggiustatutto"), the perception of the art and the artist ("Il comico non ride"), the opportunities that life gives you to change your path ("Parto in treno?") and the implications of the past ("Effetto collaterale"). Here it is an introduction to the main tales, discover all the tales in the section Works of the site.

Aggiustatutto
In a little village where everybody is fond of their things, there is Aggiustatutto that fixes the things that stop functioning. A day, a storm damages many things, but the intensity of the storm has been amplified by an invention by Inventatutto who is being targeted. It will be up to Aggiustatutto to fix the situation.

Il comico non ride
An old comedian agrees to go back on the stage to leave something to his daughter. Once there, he decides to get audience to reflect, instead they laugh but do not at the last show.

Parto in treno?
Two young spouses miss the train that would have taken back home and they are forced to wait for the next train with an old man. Missing the train is a disaster for the woman which is pregnant, it is an irritation for her husband, it is an opportunity for the old man that will help them to miss even the next train.

Effetto collaterale
Story come from the novel Apoptosis. - Available for the Peeking Readers.
PNS has made its debut and the company HOB is revolutionising medical diagnostics with the Pathoneuroscopy, but a side effect afflicts the life of a man and HOB does what it does best: covers up.

Il pastificio
An expert pasta maker would like to leave his pasta factory to his employees, but crisis and progress loom over them, market does not wait and some entrepreneurs dictate the conditions for acquiring the factory. The pasta maker does not give up and finds the solution to pass on his art.

Un Natale impossibile
Story written to entertain the Peeking Readers during the Christmas. - Available here.
An alternative view of Santa Claus's deeds and the unforeseen events he deals with.

Further details in the page and in the press kit of the novel.

The series V-Zero was born to satisfy the passion for the science fiction. These short stories tell the ventures of Bea Keysmith and her friends who want to save the planet Hiddin3, populated after leaving the Earth.

Among the inhabitants of the new planet there is a group of powerful persons, the Scalpers, who threaten environmental balance and risk destroying it like it happened on the Earth because of the Silent War. To save Hiddin 3, Bea Keysmith and her friends will need to fly in a clandestine way using the V-Zero technique.

Look at press kit of the series.

This web site uses the cookies to provide you with some services. Click here to know more or change your preferences.
If you close this banner or keep browsing in the site in any way, you authorize the use of cookies. Close